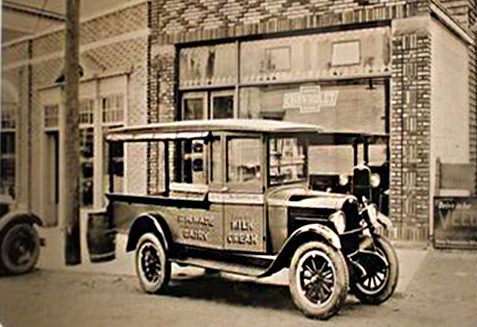 the small, rural town of Easton, Connecticut when Frank Henry Wade began peddling milk in 1883 at the age of sixteen.

In 1893, having acquired his own herd, Frank started his own business with a daily routine of milking cows and delivering milk house to house in his horse and wagon.

In 1907, Frank sold his farmland and relocated his herd to new property in Greenfield Hills in Fairfield, Connecticut.

Four years later in 1911, Frank sold his herd and established a plant for the pasteurizing, bottling and distribution of milk. He bought the raw product from farmers in Easton and Fairfield, bottled under the label F.H. Wade Dairy, and continued his home delivery routes.

In 1916, Frank bought his first auto truck, and his business continued to grow and prosper. This was Howard Wade’s first motorized delivery vehicle.

Frank’s sons Howard and John followed in their father’s footsteps. After Howard and his wife Ida started their family, Howard built a small pasteurizing plant behind their home on Bungalow Avenue in the town of Fairfield; built up home delivery routes of his own; and bottled milk under the label of H. F. Wade Dairy. John continued working with his father and peddled milk on one of the six routes selling product bottled at Frank’s plant.

When Frank retired in 1933, he turned over the processing part of the business to Howard and the home delivery part to John. Howard’s processing volume and home delivery routes continued to grow under the new label of Wade’s Dairy, and the plant was expanded and modernized in 1949.

During the 1950’s, John retired and Howard took over his brother’s home delivery routes. In the early 1960’s Howard and his sons Ray, Harvey, Donald and Douglas served 3,000 home delivery customers in Fairfield County. The four sons and many of their own children participated in the operation of the business, and the third generation of Wades assumed management of the company upon the retirement of Howard in the mid-sixties.

Home delivery began a slow decline in the late sixties as supermarkets and convenience stores started selling milk as a loss leader; and the dairy’s customer base steadily decreased with the new competition.

In order to maintain milk production levels with this loss of business to the stores, the third generation gambled on an experimental machine called a spin-welder in the early seventies. The spin-welder formed plastic into a bottle, filled it with milk, juice or drink (the fondly recalled Bingo!), sealed it, and automatically case-packed at very high speeds. Wade’s Dairy aggressively bid local school and state contracts and was soon packaging a six-fold increase of over 100,000 half pints of milk daily. The machine was innovative, and visitors from around the world came to tour our facility.

A Change in Operation

In the 1980’s, Wade’s Dairy focused on wholesale, school and food service trade; watched home delivery continue to decline; and began the first of many relationships with computerization. Fourth generation David, Douglas, Jr. and Susan assumed control of the business in 1984.

In 1995, Wade’s Dairy purchased, renovated and relocated to property on Barnum Avenue in Bridgeport.

In the early 2000’s, David Wade retired, and Ken Reynolds joined fourth generation owners Doug and Susan to head the Company. Honoring traditions established by earlier generations of Wades, the Partners treat customers and employees as respected family members; and they explore new ways to include all in the success of Wade’s Dairy.

In 2016, we began an expansion to the Wades Dairy facility. To be completed in the summer
of 2016, we are nearly doubling in size at our Barnum Avenue space in Bridgeport! The existing warehouse will make way for a 7,000-square-foot space which will be the largest expansion in our 122-year history. Not only is this a big expansion to take us into a 5th generation of Wade’s family, but it marks our foray beyond milk. We’re working on bringing many more products under the Wade’s food distribution umbrella and we look forward to what the next year will bring. 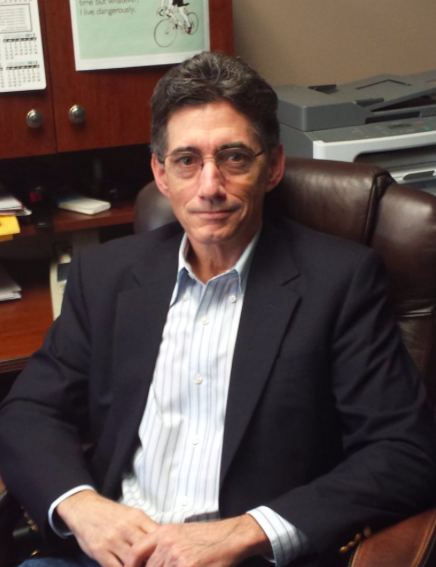